Finally, under court order, the Obama administration has divulged its legal rationale for killing Americans abroad without trials, charges, or even arrests. That reasoning appears in a contested legal memo written four

years ago in the Office of Legal Counsel offering arguments that would justify using a drone to take out Anwar al-Awlaki — who was an American citizen living (hiding?) in Yemen and fomenting attacks against you and me and our country.

Leaving aside (for the moment) whether al-Awlaki deserved to die in a drone strike, it was an offensive outrage that the Obama administration not only had a secret plan for killing Americans abroad but they also had a secret rationale for doing it, and they said no mere citizen could even read those arguments. Now, we mere citizens can read them for ourselves.

You can find the court ruling ordering the memo’s release and the arguments themselves here, thanks to the Times. That is, we can sort of read the memo. The ruling by the 2nd Circuit Court of Appeals allowed the government some wiggle room so that officials could redact (i.e., “censor”) some parts that pertained to secret stuff the government knew about al-Awlaki through the fruits of spying on him. That makes a certain amount of sense, I guess, but any time that the government is allowed to redact its own documents, you have to wonder what’s missing.

In any case, the president should long ago have made this argument himself, in public. If he believes in it, then he owns it. It is his duty to protect and defend the Constitution and, therefore, to show why his actions are in conformance with his understand of the Constitution. If he makes the case and the people accept it, fine. If he makes his case and the people reject it, then he’s got a problem. But there is no reading of the Constitution that authorizes the president to carry out a secret assassination program and not tell anyone about it.

For now, I will pass on the question of whether al-Awlaki had it coming and whether Obama has a legal leg to stand on. I want to read the document and think it over. The policy might be acceptable, but what was not acceptable was the secrecy.

Meanwhile, kudos to the Times‘ Charlie Savage and Scott Shane, who are named among the plaintiffs who pried this decision out of the courts, along with the Times itself and the ACLU. No matter what we each think about the president and his policies, these plaintiffs have done the whole country a service. Thank you.

Slowly, but perhaps inevitably, President Obama is yielding to public pressure and taking baby steps toward the transparency he promised all along. He has said he will allow the leaders of the House and

Senate Intelligence Committees to look at the legal memo that purports to justify the administration’s policy of killing Americans overseas under certain conditions using unmanned drones.

Can a leak of the document be far behind?

Even after that happens (as seems equally inevitable), I want to know:

–What authorizes Obama to make this policy on his own?

–What authorizes Obama to pick the targets for assassination?

–What authorizes Obama to hide this policy and dribble it out only when cornered by the people?

He was supposed to be a leader in the campaign for transparency, not a reluctant truant. Oh, well. Sometimes the people have to lead the leaders.

Sadly, the Obama administration is continuing to drag its heels in releasing the rationale for its policy of killing people — including American citizens — with drones. No one is asking Obama to reveal any operational secrets. But every American, including every member of the Democratic Party, should demand the instant release of the policy, which is still being kept an official secret. If Obama and his team can find a justification for his policy under the U.S. Constitution and/or international law, so be it. I want to examine it and decide for myself.

What is intolerable is the idea that the president can assume the power to order executions without bringing charges, holding a trial, or offering any other safeguards. His policy, so far, is “trust me” — which is tantamount to repealing the rule of law and substituting personal power. He is taking on the role of the tyrant who says of his perceived enemies, “Off with his head!” Obviously, if George W. Bush did something like this, liberals would react with outrage. For the same reasons, Obama’s actions to date have been equally outrageous. The American people have not only a right but a responsibility to know what is being done in our name.

It doesn’t matter if the cause is just or if his intentions are good. If he operates outside the law, then he’s a tyrant.

Luckily, someone leaked the Justice Dept “white paper” about drone executions to NBC News. That is a description of the policy, not the policy itself.

Today’s Times has a good package of pieces, including:

–a double-byline analysis of the legal situation (in which the Times downplays its own FOIA suit), a note from the paper’s Public Editor,

It should also be noted that many others are reporting on this (a hat-tip to the Washington Post), or suing over it (a hat-tip to the ACLU), or waging a political fight against the administration (oh, wait: no one is!).

This is not over.

Here is the main takeaway from the legal piece, which begins by noting that Obama rejected the Bush administration’s decision to shroud its torture policy in secrecy:

In the case of his own Justice Department’s legal opinions on assassination and the “targeted killing” of terrorism suspects, however, Mr. Obama has taken a different approach. Though he entered office promising the most transparent administration in history, he has adamantly refused to make those opinions public — notably one that justified the 2011 drone strike in Yemen that killed an American, Anwar al-Awlaki. His administration has withheld them even from the Senate and House intelligence committees and has fought in court to keep them secret, making any public debate on the issue difficult.

Bully for the NYTimes for continuing to try to pry out the details of the Obama administration’s secret policy governing the secret use of drone weapons.

Shame on the Obama administration for continuing to try to stonewall the rationale for the policy. As a citizen, I feel entitled to see the argument for doing this.

I am disappointed in President Obama over his insistence on shrouding his drone program in secrecy. It is one thing to keep quiet about the operations of a quasi-military, semi-secret technology such as the drones that have emerged as the leading weapon in the “war on terror” that Obama inherited from George W. Bush. But

there is no reason that justifies keeping quiet about the legal rationale for such a program. When drones are used in countries against which we have not declared war, and particularly when they are used to kill American citizens overseas, I believe the people of the United States are not only entitled to an explanation, we have a duty to know what is being done in our name. If Obama has a good reason for his drone program that squares with the Constitution, fine. If he does not, then he should admit it and seek another way.

But as things stand, we cannot even have a debate over the wisdom of the program, because the White House won’t allow it. As the Times reports today, a federal judge in Manhattan threw up her hands in frustration over the secrecy but had to conclude that, under law, she could not force the administration to divulge anything. Judge Colleen McMahon issued a ruling (see page 3) in a FOIA request filed by two of the Times‘ own reporters, Charlie Savage and Scott Shane. Good for them for trying to get the Obama folks on the record. And shame on the administration (DOJ, DOD, and CIA) for keeping the reason for their secret program secret. What do we have a Freedom of Information Act for, if not for situations like this?

As matters stand, the president won’t deny that the program exists, and he won’t stop it. But he won’t explain it either. Meanwhile, the drone strikes continue. There are reports of successes in places like Waziristan and Yemen. But, as the president, who watches “Homeland,” must realize, the drone program continues to make new enemies every day who must blame Americans for keeping a government in power that would do such things.

Don’t get me wrong: I have an open mind about the drone strikes, but I find this secrecy intolerable. 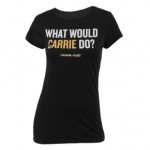 Can the president execute U.S. citizens?

A hat-tip to Charlie Savage of the Times for sticking with the story of one of the major constitutional, diplomatic, and military issues of our times:

Does the president of the United States have the constitutional authority to order the killings of U.S. citizens without so much as a trial?

That is the issue at heart of a lawsuit going forward in U.S. District Court in Washington. The suit was filed by survivors of Anwar al-Awlaki, the notorious America-hater who did so much to help al Qaeda before he was taken out last September in a drone attack in Yemen.

Things to keep in mind:

–al-Awlaki (although a rotten bastard for sure) was a U.S. citizen, born in New Mexico.

–al-Alawki was not bearing arms against the U.S. at the time.

–the president ordered his execution.

–al-Awlaki was never tried, convicted or sentenced in a U.S. court.

He was treated like a foreign enemy wearing a military uniform, only he wasn’t. This is the most troubling issue in the developing, high-tech, long-distance war on terror.