After a summertime hiatus, I want to revive this site. As ever, there is much to say about journalism, history, and the assorted other topics that show up here from time to time (NCAA, fossil fuels, etc.)

Today, I want to praise the NYTimes business columnist Eduardo Porter for his smart and effective use of history to inform what was essentially a political column about Donald Trump.

Porter begins with the premise that we all have our own histories and that our individual histories are entwined with the broader histories of our times. In Trump’s case, that personal history involved a coming of age at a very unusual period in American history — when the fraction of the foreign-born population was at an all-time low.

When Donald Trump was reaching adulthood in the mid-1960s, the United States was a less diverse place. By 1970, the share of the population born overseas had shrunk to 4.7 percent, the slimmest on record. Only about 0.4 percent of the population had been born in Mexico.

For a person of Trump’s time, that experience helps define a norm, against which all change is experienced as a deviation. Thus, for Trump and the slice of the population that is about his age (69, about the oldest possible slice of the baby boom), the last few decades represent a disorienting change in the composition of American society. Incidentally, there is nothing inevitable about his perception that such change represents a decline. He might see it as a plus. The fact that he interprets the change as a harm tells us a lot about Donald Trump as an individual. The times in which we live do not dictate everything about us; they just give us material to work with.

My only gripe with Porter’s column has to do with an issue that pervades the Times. Why won’t the paper include more links to source material? Most of the links in the online version link to other Times stories or to backgrounders prepared by the Times. In the Porter piece, it would make sense to link to the works of some of the experts he cites or to link to the Pew study he relies on. I suppose the paper is worried that readers will depart from the Times‘ site via links and never return. But I think that’s wrong. I think more readers would value the Times more if it included external links.

Besides, if the Times is going to write using a historical perspective more often, the writers will have to meet the standards that historians have for evidence. Footnotes anyone? 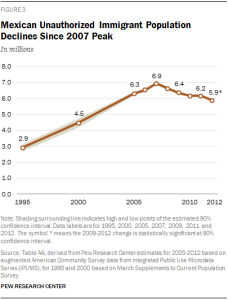 This Week in Fossil Fuels

Sorry about the unannounced hiatus. All I can say is, there was a beach involved. I am returning to this theme by posting a bunch of links that I was gathering all through the late summer.

Further in my defense: I spent some of my time last month pursuing a solar option for the rooftop of my own home. Putting a fair amount of money where the mouth is.

The bond rating agency Fitch expects coal companies to struggle in the future. “The sector default rate is likely to increase further in the near term,” its analysts wrote in a note to investors Monday.

–How crazy is it to over-cool offices? Way to go, men!

Molly Mahannah shivering at work in the summer in Omaha. NYT photo.

–How hard do advocates of fossil fuels fight? Pretty hard, according to this NYT story. (Don’t miss the comments.)

In a related development, TNR comments on the GOP response to Obama. A sample, from Kentucky’s Sen. Mitch McConnell:

“I am not going to sit by while the White House takes aim at the lifeblood of our state’s economy,” the Kentucky senator said. The new regulations, he argued, would mean “fewer jobs, shuttered power plants, and higher electricity costs for families and businesses.”

Problem is, there are only about 6,000 coal-mining jobs in Kentucky.

Not only that, but we have to ask: WHAT IS THE IDEAL NUMBER OF COAL MINING JOBS ON THE PLANET? (I’d say it should approach the number of whale-oil harpooneers.)

–I wasn’t sure whether Newsweek was still in business, but here’s a science lesson. 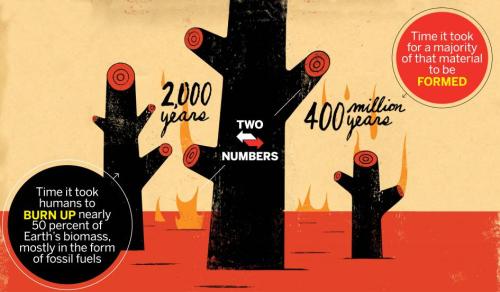 –NO FRACKIN‘ WAY!! (another upside to low oil prices)

–Who says coal is cheap? It’s actually very costly when you count all the costs. 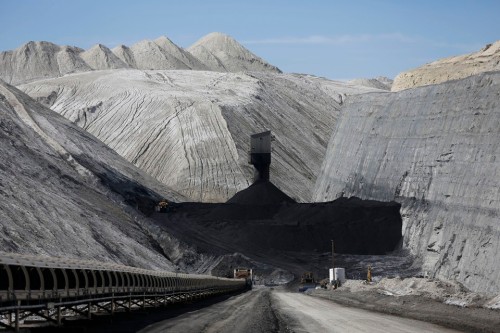 –Even Bloomberg (the pro-business news agency that’s afraid to rock the boat in China) had to report on this grim news: air pollution, mostly from coal, kills 4,000 Chinese people a day. A day.

If you missed the viral Chinese documentary “Under the Dome,” here’s a link to a story about it.

–Even oil companies don’t want to drill for oil. Sheesh. (Are you listening, Drew Faust? Or do you plan to hold onto those stocks until they’re worthless?)