This Week in Fossil Fuels: It’s all over now

Even the Saudis get it: fossil fuels are ready for the dustbin of history.

One of the rising princes in the House of Saud announced this week that his oil-dependent nation is taking steps for life after oil. Some Saudis may actually have to develop skills and do work that the rest of the world values; some may even have to pay taxes. (In fact, my hope is that all Saudis soon have to pay taxes, as the government’s share of oil revenues declines. That way, Saudis will feel a growing sense of ownership over their own government. As it is now, the government can tell its people to get lost, because they don’t pay for it. In the future, the Saudi people may come to resent a regime of taxation without representation. They may even decide to overthrow the whole rotten system.)

Not since the collapse of the whale-oil industry have we seen such a dramatic shift in economics and ecology.

–BP reported quarterly losses of about half a billion dollars. (Remember that p.r. slogan “Beyond Petroleum”? They might want to bring that one back and say it with feeling next time.)

–And China (usually tied with India for worst polluter on the planet) has decided to put the brakes on more coal-fired power plants.

All of which makes me wonder: How long before Obama pulls back his “all of the above” energy policy and declares that the faster America moves into renewables the better it will be for the planet and for the U.S. economy?

The market is trying to send a signal: the age of coal is over.

In today’s news, the headline is the decision by Peabody, the largest coal producer in the U.S., to file for bankruptcy.

That step, combined with the recent prison sentence imposed on Massey’s top boss in pro-coal West Virginia, signals the collapse of coal as an economically viable fuel and the demise of coal as a political force in the states where it has long been a factor. (Are you listening Mitch McConnell?)

Those are the headlines. The trend they reflect is a decisive step away from burning carbon. There are now far more jobs in the U.S. in the emerging renewable-energy sector than in the moribund coal industry.

At the funeral, I’d like to hear “Paradise” by John Prine:

“Paradise”
When I was a child my family would travel
Down to Western Kentucky where my parents were born
And there’s a backwards old town that’s often remembered
So many times that my memories are worn.

[Chorus:]
And daddy won’t you take me back to Muhlenberg County
Down by the Green River where Paradise lay
Well, I’m sorry my son, but you’re too late in asking
Mister Peabody’s coal train has hauled it away

Well, sometimes we’d travel right down the Green River
To the abandoned old prison down by Airdrie Hill
Where the air smelled like snakes and we’d shoot with our pistols
But empty pop bottles was all we would kill.

Then the coal company came with the world’s largest shovel
And they tortured the timber and stripped all the land
Well, they dug for their coal till the land was forsaken
Then they wrote it all down as the progress of man.

When I die let my ashes float down the Green River
Let my soul roll on up to the Rochester dam
I’ll be halfway to Heaven with Paradise waitin’
Just five miles away from wherever I am.

This Week in Fossil Fuels (cont.)

Another week, another episode of harm to the planet and to individual human beings.

A child tries to protect himself from the air pollution in New Delhi. Credit Sanjeev Verma/Hindustan Times, via Getty Images

—Here is a heartbreaking account of one family’s struggle with the air pollution in India (granted, some of India’s air pollution is not caused by burning fossil fuels, but we know where most of it comes from — burning coal). Of course, this story involves a family from the developed world with every advantage, so imagine how miserable life is for the typical, poor Indian.

–The world’s largest “sovereign wealth fund” (that’s an investment vehicle created by a government to make money for its public-employee pensions, for example) has decided to divest from coal. Norway is taking that step in part because of the “feel-good” politics of voting against polluters that many liberal polities would find appealing. But I suspect that it also reflects a dawning awareness among all economic players: All the world’s coal companies are based on ownership of an asset (coal) that is destined to decline in value. Which raises a question for all parties who invest in coal and oil, too: what is the economic sense in owning stock in an industry that is destined to go out of business? That question pertains to individuals, university endowments, wealth managers, everybody.

–In The New Yorker, the redoubtable Elizabeth Kolbert shines a light on the world’s biggest source of coal: the border area between Montana and Wyoming. (“. . .where the skies are not cloudy all day . .”) Guess who owns all that coal? We do!

The Powder River Basin, which stretches over twenty-six thousand square miles of southeastern Montana and northeastern Wyoming, is the largest coal-producing region in the world. Roughly forty per cent of the coal that’s burned in the United States is mined there; this comes to nearly four hundred million tons a year. And there’s plenty more still in the ground. A recent report by the U.S. Geological Survey estimated recoverable reserves in the region at more than a hundred and sixty billion tons.

The federal government owns most of the coal in the Powder River Basin, and leases the land to private companies that mine it for a profit.

So, what are WE going to do about it? Apparently, we are going to do the same thing that China is planning: keep burning coal and set clean-air goals for a half-generation or so from now (i.e., long after most current officials in both countries have retired). Thanks a lot!

–In the inaugural post in this series, I wrote that no journalist covers fossil fuel as a “beat.” Turns out, that’s not quite true. At the Houston Chronicle (no surprise, I guess), the business section has a vertical devoted to covering the oil

and natural gas business, which they call “Fuel Fix.” It’s a team effort to cover the largest local industry in Houston. It seems to take a fairly deferential attitude toward that industry, which is hardly surprising. It’s reminiscent of the way the Wall Street Journal covers capitalism, or ESPN covers sports. (Fun fact: one of the contributors to “Fuel Fix” is a former student of mine, Josh Cain, who’s identified as a “digital producer.”) “Fuel Fix” is useful as a roundup, but it suffers from the same problem that A.J. Liebling identified when it comes to reading conservative newspapers — it’s like learning to use a rifle that you know has a deviation to the right. You have to “correct” for the misfire. For example, here’s an AP story from the site that follows up on the Santa Barbara spill.

—This one was just too awful: about 100 people in Ghana, seeking refuge from a flood, got killed when a gas station exploded.

–Last (but hardly least) in this week’s roundup is this story from The Nation about how Chevron has a whole country in its grip.

A special hat-tip here to the author, James North, the nom-de-plume for a journalist who has been covering 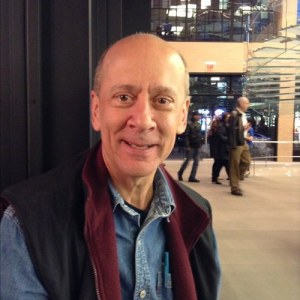 the developing world for 40 years — ever since graduating from college a few years ahead of me. (We worked together on the student newspaper.)