The best book you may never have read (or forgotten about)

Thank you, Dwight Garner, for the appreciation in today’s NYTimes for a neglected American classic — the 1974 oral history All God’s Dangers. It’s amazing to think that this wonderful book has fallen below the radar. Even compared to the other books that were finalists that year for the National Book Award, All God’s Dangers deserves to be read, taught, and remembered.

[What were those other books? It was a non-fiction all-star team:

—The Power Broker, by Robert A. Caro

—All the President’s Men, by Woodward & Bernstein

—Zen and the Art of Motorcycle Maintenance, by Robert M. Pirsig.]

Rosengarten’s book, which began life as his dissertation for his doctorate in the History of American Civilization at Harvard, tells the story of an Alabama sharecropper, Ned Cobb, in his own words. 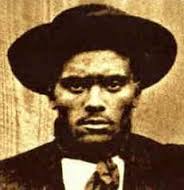 It was was an inspiration (and a model, along with Terkel’s book, Working, another oral history) for the book that I and five co-authors began working on in 1982, called Like a Family. Like those two 1974 books, our book focuses on working-class people, telling their own stories in their own voices.