Turns out, Obama is sorry about the fact that we think he is secretly spying on innocent Americans. He’s sorry he has been doing it since he took office. He’s sorry that he kept it a secret from us. He’s so sorry that now he welcomes a public

Well, there is one thing you could do: stop spying on us.

Then, we could have that debate about whether it is a good idea for the government to be secretly spying on innocent Americans. 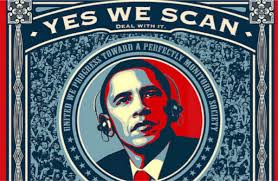