With a tip of the hat to the estimable Chris Lydon, host of the “Open Source” program on NPR, here is a gem written by E.B. White in the middle of World War II.

We received a letter from the Writers’ War Board the other day asking for a statement on “The Meaning of Democracy.” It presumably is our duty to comply with such a request, and it is certainly our pleasure.

Surely the Board knows what democracy is. It is the line that forms on the right. It is the don’t in don’t shove. It is the hole in the stuffed shirt through which the sawdust slowly trickles; it is the dent in the high hat. Democracy is the recurrent suspicion that more 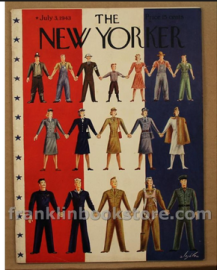