Why do I want to abolish the NCAA? Here are a couple of reasons, from the recently concluded spring semester:

1. In my large lecture class at Boston University on the history of journalism, I had a student who was also a member of B.U.’s Division 1 men’s hockey powerhouse. On the first two tests of the term, he got failing grades. I noticed and suggested that he come see me during office hours to discuss steps he could take to improve. He replied that he could not come to office hours because they conflict with his practice schedule and his coach would not tolerate an absence (even for a few minutes to talk to a professor!). Why, I thought, is the coach more important on a college campus than a professor? But I let it go and changed my schedule so I could meet with this student one morning. He described his schedule of practice and travel to out-of-town games, and it became clear that he just didn’t have time for his classes. Essentially, all the top men’s hockey programs make up a development league for the NHL.

Ultimately, he withdrew rather than suffer an “F” (which would jeopardize his eligibility to play hockey!)

2. In the same class, I had a young woman who was a member of B.U.’s swimming and diving team. Again, practice and travel time would interfere with class. But in this case, there was an added wrinkle: concussion. Turns out, this student had taken enough blows to the head in diving that she could not read, study or do a lot of other things that are pretty central to being a student. During her recuperation, she rushed back into the pool too early and suffered a second concussion. She managed to pass the course.

3. Finally, in the same class (of about 60), I had a student who was a star on the B.U. women’s golf team. (Who knew that we even had a women’s golf team?!?) Early in the term, she approached me with the official letter all the varsity athletes get from the Athletics Dept. identifying the student as a competitive athlete and begging my indulgence with their travel and competition schedules. In her case, the team over-performed and won its league championship, which led to a regional tournament and ultimately to the national tournament — which conflicted directly with the final exam in my class. With ambivalence, I granted her a later make-up date, with no penalty. (Then, while she was away at the tournament, I got a distraught message from her: the team’s van had been broken into and some asshole had stolen all their valuables and laptop, so she couldn’t even attempt to study.)

Now, here’s proof that I don’t know everything: the golfer ended up with the highest grade for term! 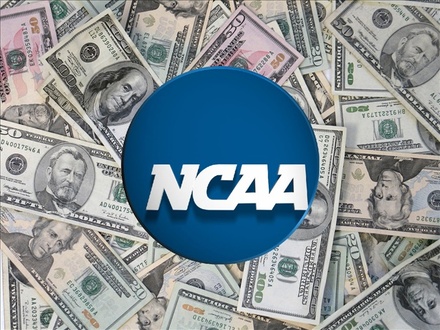 2 responses to “Abolish the NCAA (cont.)”