Just wrapping up the spring semester, so I’ve been a little busier than usual. With apologies for the delay, here’s a rdp of recent developments and commentary about the news business:

–THE ECHO CHAMBER: Here’s an intelligent discussion of the recent Science article examining the “echo chamber” effect of social media — to wit, do people on Facebook arrange their feed such that they hear mostly (or exclusively) from people who agree 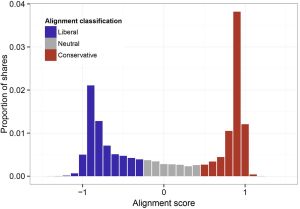 with them politically? The helpful folks at Harvard’s Journalist’s Resource have not only analyzed the Science article, they have also put in the context of other, similar studies.

–NYT NAILS THE SALON BIZ: The New York Times has struck again, this time with a major expose of a local industry that is much more widespread than Starbucks — the business of fingernails and toenails. The investigation by Sarah Maslin Nir has exploded, as it deserved to. She ripped the lid off a deeply corrupt industry. Reading her accounts of the women in the manicure business made me angry. It sounded like many of them had never left China: they have to buy their jobs with upfront money; they work for no wages at all until the boss decides they’re worth something; they make sub-minimum wages when they get paid; the chemicals they work around cause all kinds of harm; and on and on.

The Times has gotten a little of push-back for hyping the series (some of which is captured in this odd piece by the NYTimes‘ own public editor), but I disagree. What would Joseph Pulitzer have done? What would WR Hearst do with this kind of material? Of course, they’d shout it from the rooftops and demand reform.

One particularly impressive innovation: the Times published the articles in Chinese, Korean and Spanish as well as English.

The fallout so far: more than 1,300 comments; Gov. Cuomo is already submitting reform legislation; some of the owners are starting to cough up back pay; customers are finally beginning to wonder how their mani-pedis can be so cheap; and the journalist has been celebrated in print and on NPR.

For anyone in the news business not suffering from sour-grapes syndrome, there’s a lot to learn here. Start with the ancient wisdom: “Comfort the afflicted and afflict the comfortable.”

–ADVICE FOR JOURNALISTS: Speaking of the public editor, here is Margaret Sullivan’s wisdom about journalism, boiled down to 395 words. Way to go in being concise.

–BETTER LIVING THROUGH METRICS: Jeff Jarvis unloads on his latest Big Idea that Will Transform/Disrupt/Save Journalism. Here ya go. He says we need better metrics, which is probably true.

–NYT MEDIA COLUMNIST: Curious minds want to know — when will the Times name a successor to David Carr? Carr is irreplacable, of course, but there should be a successor. Since his death in February, all the air seems to have gone out of the Times’s Media vertical. They need to get their mojo back. 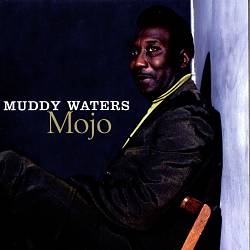 –In separate posts, I am hoping to write soon about the NCAA, the new local evening news show on PBS in Boston, and what may have been the busiest news period in all human history. Stay tuned.