With this article, John F. Burns concludes a distinguished career spanning 40 years with The New York Times, 39 of them with the international desk. Beginning with South Africa in 1976, Mr. Burns reported from 10 foreign bureaus and was chief of the Baghdad bureau during the American invasion and occupation of Iraq. Along the way, he wrote more than 3,300 articles and collected two Pulitzer Prizes for International Reporting, one in Afghanistan and the other in Bosnia. His portrait of a cellist playing on Sarajevo’s main pedestrian concourse while artillery shells exploded nearby is considered a classic of modern journalism. He will continue to contribute to the international and sports desks, among others.

Also not to be missed: Burns’ last story was a colorful account of the re-burial of English King Richard III. At the end of his final piece, Burns closes with a “kicker” in the form of a quote — “ashes to ashes, dust to dust.” Not original, of course, but a nice touch.

–The Times flooded the zone in the East Village yesterday to cover the gas explosion and building collapse. By my count, there were 18 reporters and photographers involved (judging by bylines and photo credit lines), not to mention all the nameless

–The gang at Vice Media, the unshaven new news organization, has found a big new platform for distributing its news reports: HBO. Plans call for a daily newscast from Shane Smith and his band of disruptors.

Raising the question: who is NOT a journalist these days? 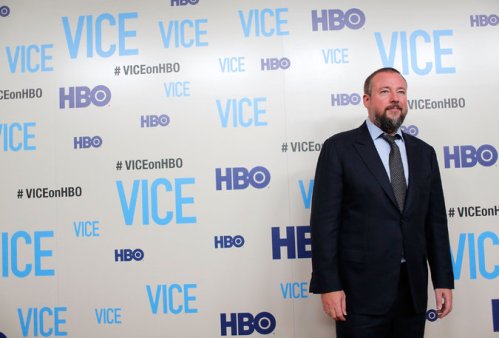 Shane Smith in a suit.