It’s no great surprise that John Henry, the wealthy former investor who bought the Boston Globe late last October for less than $70 million, has named a new publisher: himself. This is a step that has many precedents in the history of American journalism. And it makes sense: why spend the money to buy a whole newspaper if you don’t plan to run it?

The more interesting development announced by the Globe is that the paper will have a new CEO: veteran ad man Mike Sheehan. A longtime executive with the Boston advertising powerhouse Hill Holliday, Sheehan now takes on the responsibility for making enough money to rebuild the Globe’s reporting strength to the point where it can fulfill its goal of being a robust regional news organization.

Personally, I wish them all the luck. Get cracking, do good work, and start hiring more journalists. 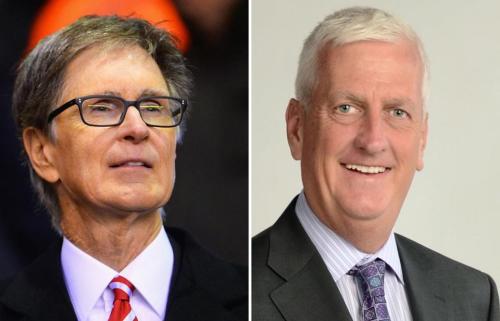 Here’s the Globe’s caption on this double portrait: John Henry (left) and Mike Sheehan hope to boost ad revenue at the Globe.