With the release of Gabriel Sherman’s new book about Fox News boss Roger Ailes, there is a lot of commentary about Ailes.

Amid all the commentary and analysis, it’s important to keep some sense of perspective. Fox News reaches a maximum of about 3 million different Americans in a typical day. That’s less than 1% of the population. And the ratings for Fox News are no longer climbing; they appear to have topped out. Not only that, but the Fox News audience is considerably older than the ideal “demographic” for television viewing. (Not to mention that the Fox News audience is whiter than average and much more conservative.)

In other words, it’s unlikely that Roger Ailes is the king-maker in national politics that he would like to be (and to be seen as). More and more, it appears that his television channel preaches to the (aging) choir. 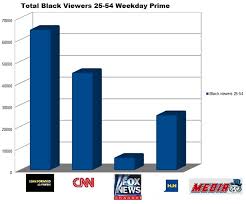