Recently, my colleague Doug Starr has gotten a good deal of deserved attention for his work on the subject of interrogation, including a fact piece in the New Yorker and an interview on NPR’s Fresh Air.

Doug is an experienced science journalist who has written important books on the history of the global trade in blood (Blood)  as well as the birth of forensic science in late 19th C. France (The Killer of Little Shepherds). In turning his attention to the science of interrogation, Doug found that actually there is no science to support a widespread suite of interrogation techniques. The approach most commonly used by U.S. police departments is prone to producing false confessions.

Turns out, there is a better way:

What works best is to calmly ask a suspect some open-ended questions. That forces the suspect to generate a narrative. So far, so good. Then, you check the parts that you can against any external sources. Then, you have the suspect tell the “story” again, looking for discrepancies, even tiny ones. Repeat as needed.

No shouting, no threats. No good cop/bad cop routine. No torture.

What strikes me is that this interrogation technique corresponds to the approach used by another occupational group: journalists. This is essentially what reporters do: ask questions, listen to the answers, check the information against other sources, then go back over the same ground again — as many times as necessary. 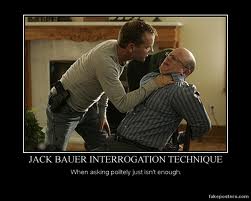 The model that I try to steer my students toward is not Jack Bauer on the TV series “24.”

Instead, I recommend Frank Columbo on the eponymous TV show from the 1970s and 80s. Never in a hurry, forever dressed in that rumpled trenchcoat, Frank Columbo was always willing to appear to be the dumbest guy in the room and never hesitated to admit 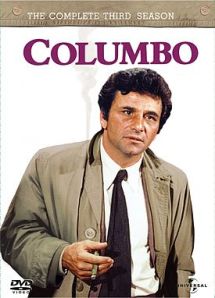 that he just couldn’t understand a case and ask a suspect to run through a story just once more.

Here’s a glimpse from Wikipedia:

Columbo is polite. He has a keen intellect and good taste which he hides very well. Though a bit dated, his clothes are high quality. Columbo never divulges his first name. His absent-minded approach to cases, his distracted outbursts and constant pestering of suspects is his modus operandi. He is gifted at lulling anyone guilty into a false sense of security. Often he would pursue a line of question that brings about minimal information, not pressing enough to cause the suspect any alarm. Columbo would thank the suspect, and turn to leave – only to turn back at the last second, claiming to suddenly have remembered something (stating, “Oh, uh, one more thing…” or some variant thereof), and present the suspect with a far more serious and vital question, catching the suspect off guard. This is referred to as “the false exit”.

But I don’t think that quite captures Columbo’s genius. Like a good, veteran reporter, Columbo approaches each case serene in the knowledge that if he asks enough questions and listens carefully enough, the suspect will eventually tell him everything he needs to know.

That’s really all there is to it: