[Update: Here is a glass-half-full response to Carr, which I think makes a lot of sense.]

David Carr uses his NYTimes “Media Equation” column today to describe the changes going on at New York magazine under its phenomenally successful current editor, Adam Moss. The magazine is scaling back its print version from nearly weekly now to 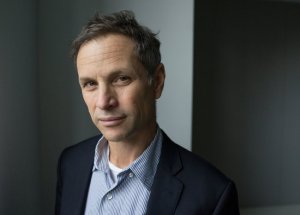 “You can’t help but get wistful about it,” said Adam Moss, the editor in chief of New York.
Photo: Fred R. Conrad/NYT

every other week. The culprit: the high cost of printing and distribution versus the dropping value of print advertising.

The good news: the printing cutback is being done in service of strengthening the online version, which is the magazine’s future.

Meanwhile, New York is actually thriving by some measures: the website is going gangbusters and is considered must reading among younger “readers” in Manhattan and Brooklyn (as well as aspirational districts around the rest of the world).

As a supplement to Carr’s column, I am offering a couple of excerpts from my book Covering America that touch on the early days of New York, under its founding editor, Clay Felker:

. . . Another reason for the success of the New Journalism was institutional. Like the innovators of any new creative movement, the practitioners of this hybrid form of journalism needed patrons. They did not find them among the lords of the newsroom, the editors of America’s daily newspapers, who mostly thought these writers had lost their bearings (and maybe their sanity). Instead the New Journalists found sympathy, encouragement, expense accounts, and pretty good pay at a handful of magazines with extraordinary editors. One of the most influential was Clay Felker, who edited the Sunday supplement published by the Herald Tribune. It was an incubator for the talents of the young Tom Wolfe and a columnist named Jimmy Breslin. Felker, who had previously worked at Esquire, stayed at the Trib, cultivating good new writers—such as Gloria Steinem—wherever he could find them, until the newspaper folded in 1967. Then he took the nameplate of the Trib’s Sunday magazine, New York, and turned it into the prototype “city magazine.” In the early days, New York magazine also served as one of the unofficial headquarters of the New Journalism. A second clubhouse was not far away in Manhattan, at the offices of Esquire magazine. Under editor Harold Hayes, Esquire published many of the foundational pieces of the New Journalism, including Norman Mailer’s 1960 meditation on JFK, “Superman Comes to the Supermart,” and Gay Talese’s famous profiles of Joe DiMaggio and Frank Sinatra. Elsewhere in Manhattan, literary agents and editors at book publishing houses were starting to talk to some of these hotshot young writers, and some of those journalists quit their newspaper jobs to become full-time writers. . .

Here’s another excerpt, about Felker and Gloria Steinem:

. . . One of the most prominent and influential women who changed the perception of feminism was a journalist and political activist who helped found a magazine that captured the new zeitgeist—Gloria Steinem. With obvious talent, intelligence, and (as was always remarked) good looks, Steinem became a highly visible figure who helped to lead both a magazine and a movement.

After a difficult childhood in Toledo, where she saw firsthand the vulnerability of women in traditional roles after her father left her mother, Steinem went to Smith College. Following her graduation in 1956, she traveled around India before landing in New York City, where she began to work as a freelance magazine writer. She worked hard and took all kinds of assignments. In an effort worthy of Nellie Bly, Steinem even went undercover for an article about working as a Playboy bunny. She thrived as a freelance writer, and she became a rising star. But still, as a “girl reporter,” she knew there were limits. (The low point: a piece for the New York Times magazine about textured stockings.) Over the course of the decade, even as she kept writing, Steinem became an activist in the civil rights, antiwar, and farm workers’ movements.

She found a congenial base at New York magazine, where editor Clay Felker allowed Steinem to tackle bigger and better assignments. Eventually she wrote the magazine’s “City Politic” column, which meant she was covering national politics and all the major issues. She liked Felker, and he advanced her career immeasurably, but in the end they came to an impasse: he was interested in pro-feminist articles only if they were paired with articles from an opposing point of view. “That’s why I gradually stopped writing for New York,” Steinem later explained. “It was just too painful to be only able to do it in the context of two women fighting.” . . .

One response to “New York mag cuts back on print edition”