Don’t miss: a lovely piece of journalism history in today’s NYTimes, above coverage of an earlier heat wave — in 1852. 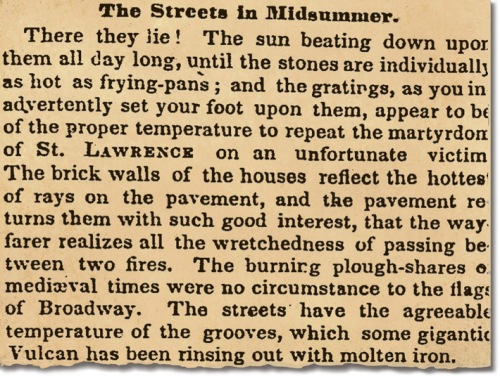 Today’s piece captures the novel sense that New Yorkers were feeling that summer heat in the city was somehow worse and harder to bear than summer heat in the country. The build environment was beginning to capture and radiate heat. The unnatural concentration of horses and other animals added to the stink and pestilence. The physical crowding of people in the streets and in the tenements. The air pollution caused by the aerosolization of manure and other waste — all these things were creating a new kind of misery. And, through the mediation of the newspaper, perhaps a new solidarity among city-dwellers as fellow survirors of this new challenge of living. 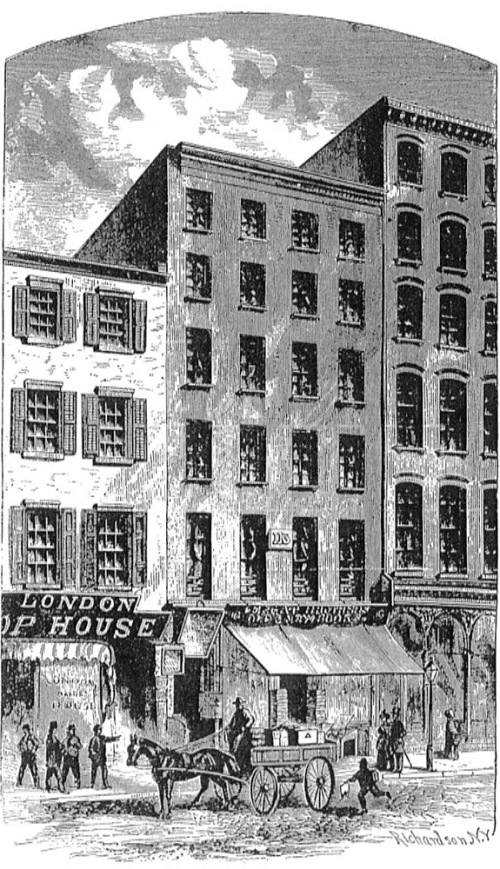