I rely on David Carr.

I find Michael Wolff consistently annoying. (Also, he is often wrong, as he was in his recent column: The Washington Post is a diminished institution of journalism, but The New Yorker is certainly not.)

So, it seemed like a slim premise for Carr to use a recent snide, totally negative column by Wolff for Carr’s new column about Steve Coll. Wolff is not worth rebutting. But Coll is worth noting.

Steve Coll is the newly named dean of the Columbia Graduate School of Journalism (to use the full name — which signifies several things: it is the only Ivy school to have a real journalism school, and it does not offer a journalism major to undergrads. See pgs 151-156 of my book Covering America for the back story on the founding of the Columbia J-School, through the bequest of newspaper publisher Joseph Pulitzer.)

As the new dean, Coll will occupy the most visible and influential seat in American journalism education, so he will probably be in the spotlight a bit more than he is accustomed to. He may also find it harder to keep writing than he thinks. Many a writer has accepted an administrative position in higher ed with the best of intentions to remain productive, only to disappear into an endless round of meetings. The only writing most deans do extends to letters of recommendation and internal reports for the Provost’s office. Even so, Coll, as a two-time winner of the Pulitzer Prize and author of multiple important books, will do well if he can continue to write while serving as dean.

He succeeds Nick Lemann in that position. (Full disclosure: Nick has been a friend of mine since we were on the Harvard Crimson in the early to mid 1970s.) As Columbia’s dean, Nick did a great job — at least from the perspective of someone teaching at a would-be rival school. During Nick’s 10 years, Columbia remained at the top of the heap and kept improving, so that it kept getting harder and harder to keep up with Columbia — which offers pretty much everything and does so in New York City. 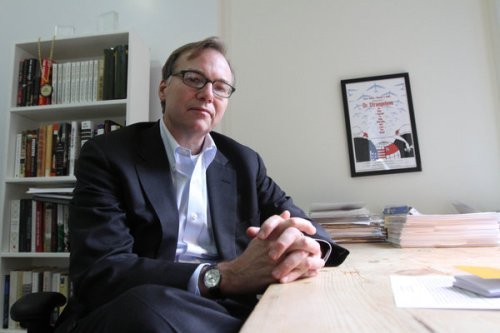