Finally, it’s here: the electronic version of my book about the history of U.S. journalism, Covering America.

Just in time for the anniversary of the rollout of the hardback, this prize-winning book is now available in all major formats:

Apple iBook, (This is the format I am checking it out on, and it looks great.)

I am very pleased because I know that some folks have been waiting for the e-book. These formats make the book quite a bit cheaper and dramatically lighter! For people who don’t feel drawn to the ~$50 hardcover, here’s your chance to read Covering America. The book won the 2012 Prose Award for Media and Cultural Studies, and it has been selling well and drawing rave reviews (except for one stinker on Amazon — sheesh).

Enjoy it, and write to me about your reactions. You can comment here, or email me: chrisdaly44@gmail.com 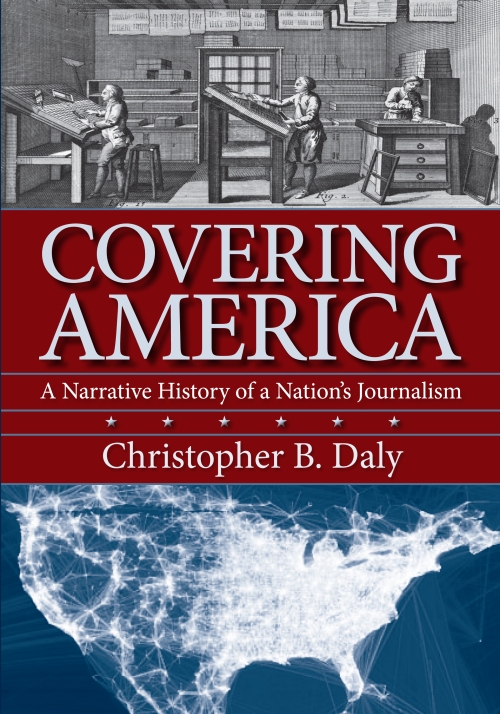